Many historians have credited George Washington, when he was commissioned to command the Virginia Army, for being the first officer to instill military discipline to the colonial troops. In a letter to the Captains of the Virginia Regiments in 1756 he stated, “Discipline is the soul of an army. It makes small numbers formidable, procures success to the weak and esteem to all.” 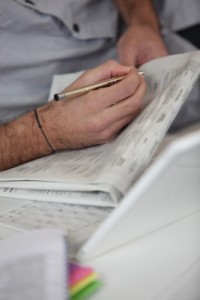 Whether you have just started your job search or been involved in a search for several months, including those who are in a career transition program, keep in mind these four tried-and-true ways of finding a job. Discipline yourself to use all of these basic techniques rather than just answering advertisements through the Internet. Richard Bolles, in his 2012 edition of “What Color Is Your Parachute,” explains that only 10% of jobs are found by looking at employers’ Internet job-postings. This is contrary to how many people think they are going to find their next position.

Looking for a job is hard work! If you discipline yourself to use these techniques, your job-search activities will give you a road map to follow which should assist you in landing your new opportunity quicker. As George Washington said in 1783 in a letter to Bushrod Washington who was a U.S. Supreme Court Associate Justice and the nephew of George Washington, “Merit rarely goes unrewarded.”

If you are in a career transition program or are in the middle of a job search campaign, give us your insight. What job search method is working best for you?