So, you’ve been “restructured” out of the organization you’ve been working at for nine years.  Your resume is out of date. You are out of touch with your network. The company has provided you with a severance package aligned to your years of service and they have provided you with a “career transition program.”  You head straight to the internet to find a job posting and there is a long list of potential opportunities that you think will suit you well.  It’s exciting but also daunting. During … END_OF_DOCUMENT_TOKEN_TO_BE_REPLACED

Change management is a term that gets used fairly loosely when companies hope to implement change. It can seem fairly straightforward. The company wants to move from x to z. How do the leaders make it happen? Well, through Change Management, of course. But what does that mean really? A definition that I like to work from is “the application of a set of tools, processes, skills and principles for managing the people side of change to achieve the required outcomes of a change project or … END_OF_DOCUMENT_TOKEN_TO_BE_REPLACED

No one looks forward to the day you get the call stating you are “being let go” or the “company is downsizing.” Outplacement is meant to be a cushion many former employees rely on to ease their transition to a new job. Unfortunately, it appears that outplacement is getting much stingier. In today’s world, more and more employers are only offering outplacement services to protect their image and to merely “check the box.” Employers use this to protect against potential lawsuits and if a lawsuit … END_OF_DOCUMENT_TOKEN_TO_BE_REPLACED 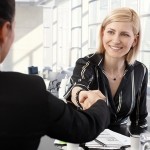 Although hiring has improved, layoffs were higher in recent months than they were a year ago - and it isn’t getting much easier to find new employment. “A number of employers are hiring workers at the same time as they are cutting some employees who do not have the skills they need. It remains a very challenging job market and it may be even more difficult to find a job today because employers are demanding a higher level of skills,” said OI Global Partners Chairwoman Patty Prosser. OI … END_OF_DOCUMENT_TOKEN_TO_BE_REPLACED

Last week, we discussed 3 signs you're at risk for a layoff. This week, we look at why a layoff could actually turn into something positive. Recently, I had the pleasure of meeting "Sam." Sam and I met upon being introduced by a strategic partner. She was seeking a career change after being laid off. I've never met someone so sad, anxious and excited for the future. The first thing that she said to me was, "This layoff is a blessing." She had spent her entire career climbing the corporate … END_OF_DOCUMENT_TOKEN_TO_BE_REPLACED

In our career transition, outplacement business, people often tell us they felt blindsided by a layoff. How can you avoid being surprised by a layoff notice? The following three things can help tip you off that something may be coming down the road: 1. Diminished workload – few new assignments coming in 2. Less communication and contact from your boss than in prior weeks and months 3. Financial performance by your company or division that fell below expectations Every employee … END_OF_DOCUMENT_TOKEN_TO_BE_REPLACED

On Wednesday July 27, 2011, The Wall Street Journal published an article titled, What’s Wrong with America’s Job Engine? written by David Wessel. In this article, Wessel states that layoffs used to be more temporary. In fact, during the worst portion of the 1980-82 recession, one out of every five layoffs was temporary. Today, layoffs are more permanent. In the recent recession, the percentage of “temporary layoffs” never exceeded 10 percent. What does this mean for job seekers? Job … END_OF_DOCUMENT_TOKEN_TO_BE_REPLACED